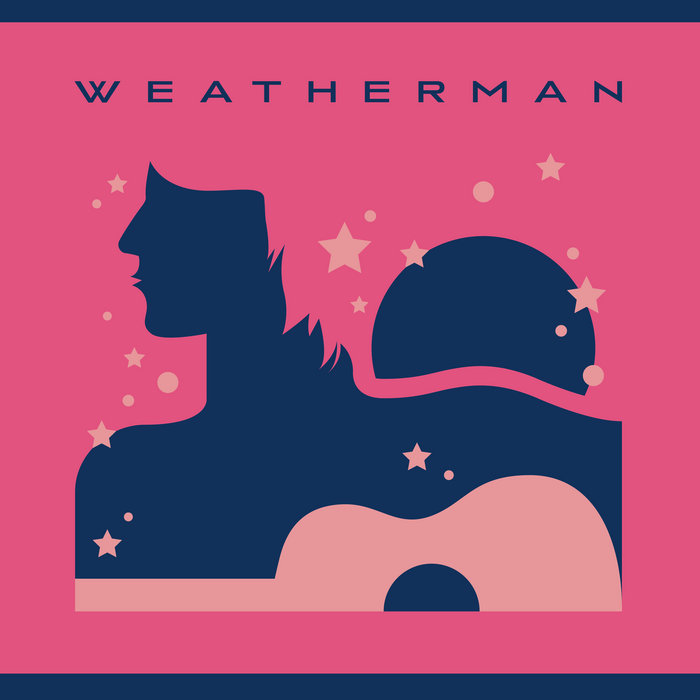 The Weatherman is back in 2013 with his self-titled debut, in which he definitely defines himself as an eclectic pop composer.

His previous albums had already left clues to what now appears more clearly: The Weatherman pop music is a diversified universe, revealing a rare versatility which takes over as the main personal identity.
Weatherman's music never has been been so autobiographical, one intimate other times mundane, on an album where themes like love in its multiple strands and the search for soothing places as a process of self remain it's main driving force.

Mastered by Tim Debney (Thom York, Lilly Allen, Kasabian, Gorillazz, Super Furry Animals, among others), at Fluid Mastering in London.
In 2013, the Weatherman is a certainty that came back to stay.
WEB: www.weathermanmusic.com
MAIL: mail@weathermanmusic.com

"It Took Me So Long" features miss Emmy Curl on voice.

I would like to thank all my wonderful family and friends for their love, support and inspiration. These songs are not only about me, but also about all the people and places that inspire me.

Deep Thanks to: João Monteiro, Mariana Lopes, Nuno Archer, Rui Maia, Sarafa, Raquel Lains/ Let's Start A Fire, Ricardo Salazar, Luís Cordeiro, Paulo Dantas, John Almeida, Alberto Jorge, GDA, Sérgio Alves, Nuno Sarafa, Alberto Índio, Marco Nunes, Diana Martinez, and to everyone who has helped me so much throughout the years, you know who you are.

Special thanks to John Almeida and João André for the phenomenal hand on the lyrics and composition on "I've Come Home" and "Proper Goodbye", respectively.

The Weatherman lives in a world in which melodies are still an inexhaustible source of inspiration, resulting in a continuous search for the perfect pop song. He claims the late 60’s and early 70’s anglo saxon art-pop heritage. One of the most complete artists from Portugal, for sure. ... more

Bandcamp Daily  your guide to the world of Bandcamp